Libor, let’s not blame the bank of England 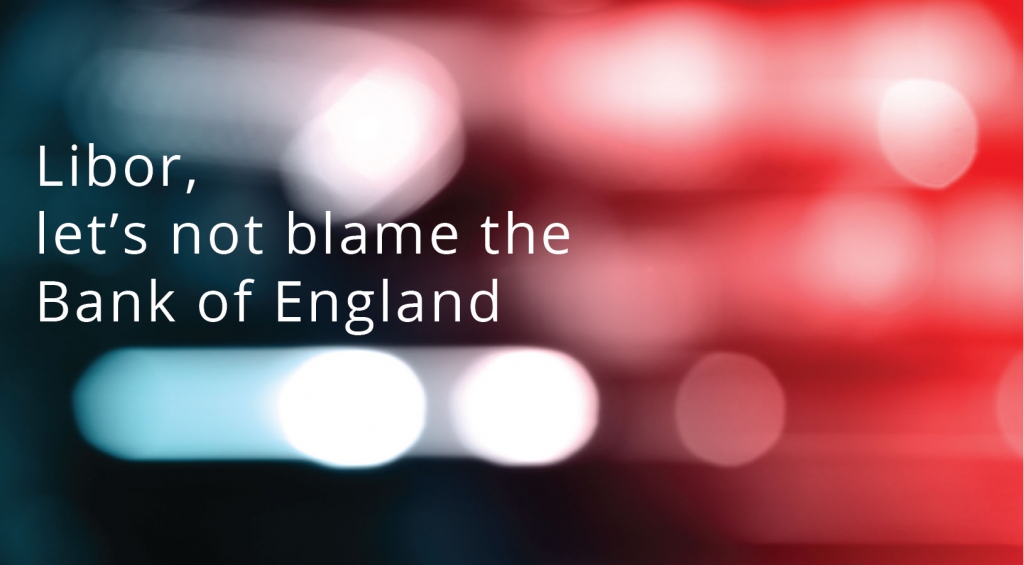 Last week the Bank of England came under intense pressure following a leaked phone call from Barclays claiming it had been put under pressure from up high, to lower Libor rates. Having an immensely powerful regulatory risk database at my fingers we looked back at the scandal that has been rumbling since 2012.

Our global data shows that from 2012 to date there have been 60 fines from seven regulators, involving 13 different institutions totalling more than USD 9.246 billion. With no fines so far this year.

The Corlytics data shows that more than half (53 percent) of all fines given equalling USD 4.9billion were cases, 18 in total, where senior managers were cited as being aware of inadequate controls and/or were complicit in the manipulation.

The most commonly cited breach (64 percent and 28 fines given), equalling a staggering USD 5.9 billion, was in cases where traders used brokers to manipulate rates.

Warnings for inappropriate action were given along the way. Nine percent of all fines were given in cases where there was a prior regulatory warning about similar weaknesses or there was disciplinary action in the area.

This misconduct took place on average over four to five years. It was prolonged and deliberate. With many cases showing awareness by senior management or indeed collusion on their part.

IN DEFENCE OF THE BANK OF ENGLAND

The Bank of England is primarily responsible for the systemic stability of the UK banking system and its global role within the financial markets. The Bank has always denied allegations it encouraged banks to submit lower readings for Libor.

The investigation into the conduct of various banks, during the Libor scandal, exposed an unparalleled level of wrong-doing.

The Bank of England may have approached the banks to reduce the Libor rates, but:

The reality is that these banks had allowed a lack of controls in important areas that enabled their traders to make a lot of money. This was not just in rigging markets, but in betting against their own clients. The Bank of England cannot be held responsible for that.

Corlytics use cookies to improve your experience while you navigate through the website. For further details on the cookies we use and their function, please read our cookies policy
Necessary Always Enabled
Necessary cookies are essential for the website to function properly. This category only includes cookies that ensures basic functionalities and security features of the website. These cookies do not store any personal information.
Non Necessary
Any cookies that may not be particularly necessary for the website to function and is used specifically to collect user personal data via analytics, ads, other embedded contents are termed as non-necessary cookies. It is mandatory to procure user consent prior to running these cookies on your website.
Analytics
Analytical cookies are used to understand how visitors interact with the website. These cookies help provide information on metrics the number of visitors, bounce rate, traffic source, etc.
Performance
Performance cookies are used to understand and analyze the key performance indexes of the website which helps in delivering a better user experience for the visitors.
Uncategorized
Undefined cookies are those that are being analyzed and have not been classified into a category as yet.
Preferences
Preference cookies are used to store user preferences to provide content that is customized and convenient for the users, like the language of the website or the location of the visitor.
Functional
Functional cookies help to perform certain functionalities like sharing the content of the website on social media platforms, collect feedbacks, and other third-party features.
Advertisement
Advertisement cookies are used to provide visitors with relevant ads and marketing campaigns. These cookies track visitors across websites and collect information to provide customized ads.
Save & Accept